For a Repeated Measures ANOVA there are two or more independent variables (factors) that can be denoted by the levels of each Independent Variable (IV).

For example, in a design with 2 IVs, the ANOVA is described as A X B ANOVA

For between-subjects design, levels can be thought of as different groups of the factor.

For within-subjects design, levels can be thought of as different conditions of the factor.

There are also several assumptions that go with Repeated Measures ANOVA:

In our example below, the researchers are interested in the effects of more than 1 IV on a DV, which in this case are the effects of a social support program and gender on perceived levels of life satisfaction.

In the scenario, there are 2 factors or IVs:

To view the output for the example Repeated Measures ANOVA output, please click on the following link:

For this test, the statistical program used was Jamovi, which is freely available to use. The first two slides show the steps to get produce the results. The third slide shows the output with any highlighting.

Answers the question similar to “moderation effect” in regression

In the scenario, there are 2 factors or IVs

Effects to test in ANOVA :

As you can see, there is a number of things to enter into Jamovi, which we will cover in the slides.

In this case, as we are only texting two groups, and two time points, Homogeneity isn’t a major consideration in the overall analysis. However, as you can see in red, you do want these values to be greater than .05 when testing multiple groups/timepoints.

The within-groups results can be seen here. In green is the main effect for time, which is our primary within groups variable. The results are significant, which shows a change from pre- to post-scores. The large red circle shows the interaction of gender and time, which is of interest as well. As this interaction is significant, this shows that when moving from pre- to post-intervention, male and female participants scores’ show a different rate of change. The small red circle is the overall degrees of freedom for the model, which you will need when reporting the results.

As you can see in the large red circle, the results of the between-groups analysis shows that there is a difference between males and females. 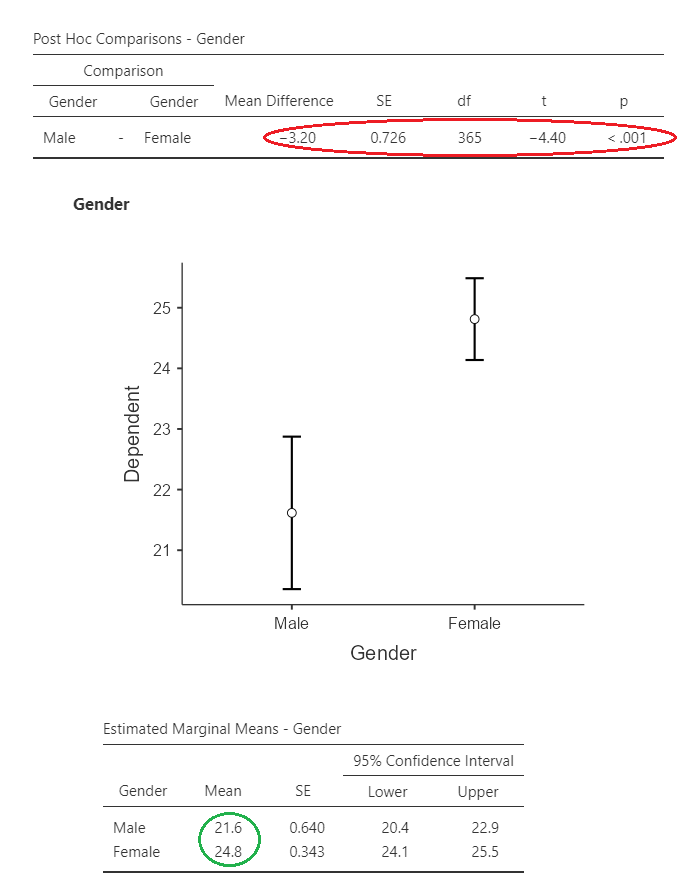 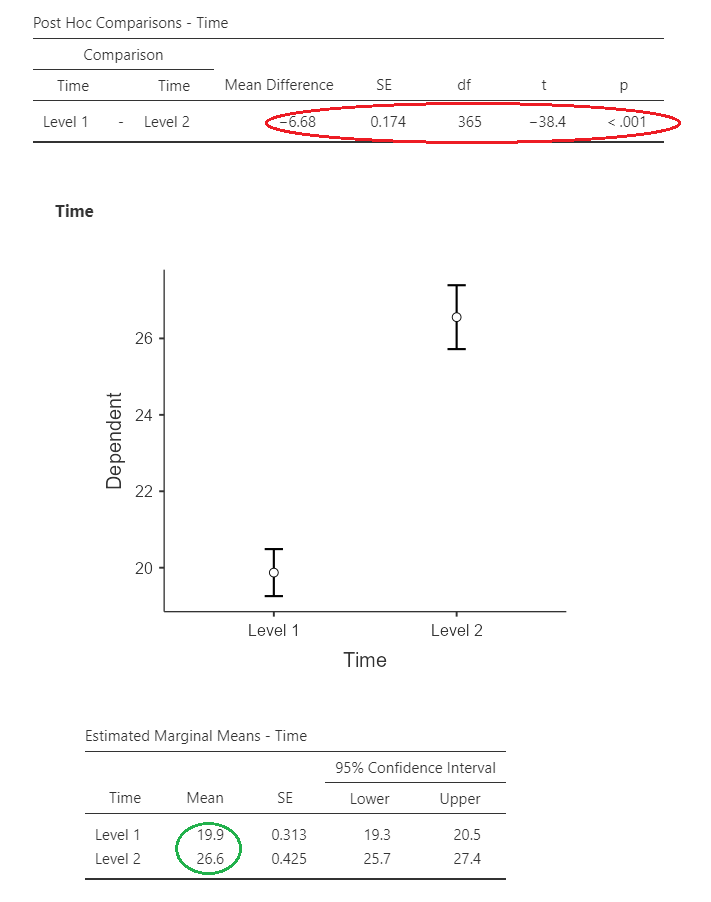 The results of the main effects can be seen here. In the green circles are the means for the groups/time points, and in the red is the actual comparison tests. As we can see here, there was an improvement in scores from pre- to post-intervention, and females tended to score more highly. 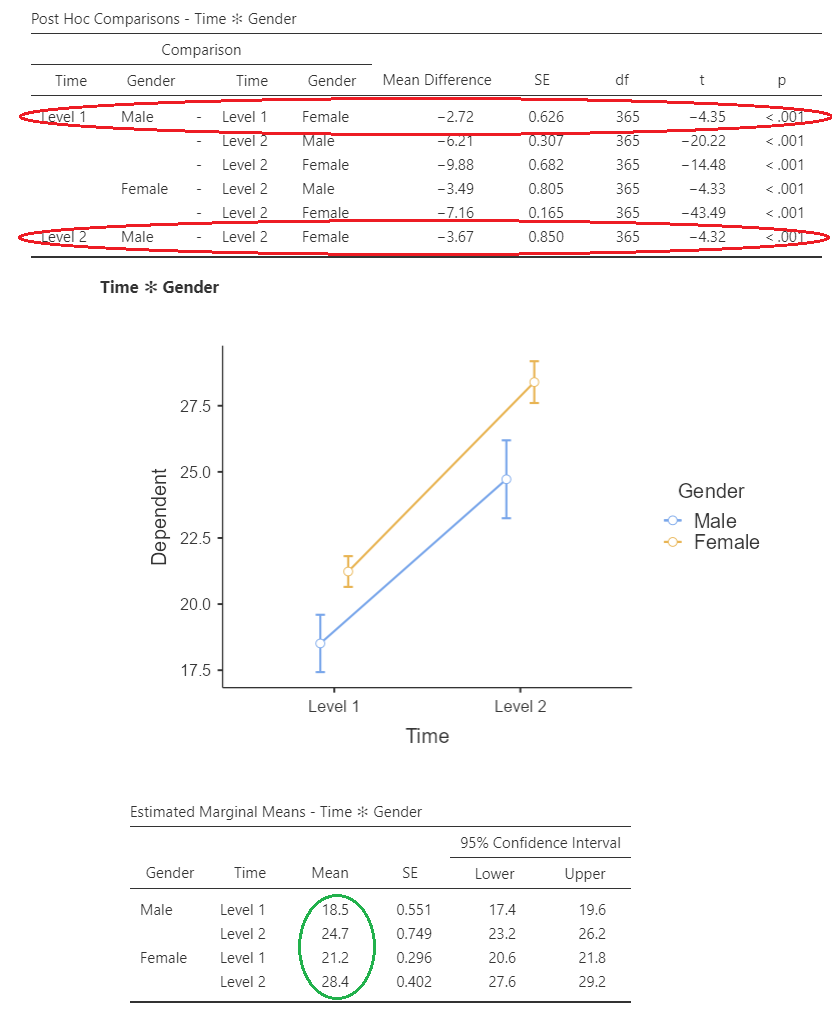 In this case, we have used follow-up post hoc t-tests to test the difference across gender at each timepoint. This is to further examine the interaction of gender and time. The means for each group at each timepoint can be seen in green, and the results of the posthoc are in red. In this case, it is apparent from the results, that while both males and females improved pre to post-intervention, female participants started with greater life satisfaction, and saw greater improvement following the intervention than males.

The following presents a write up for a Repeated Measures ANOVA: