The Kruskal-Wallis H test for three or more Independent Samples 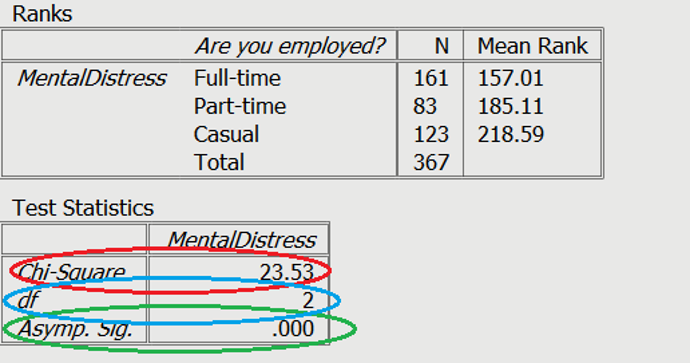 Interpretation of the Kruskal-Wallis H test

As can be seen in the blue, there is a statistically significant difference, note the p value. The chi-squared value, and degrees of freedom are also needed for reporting. The median ranks indicate that casual employees have the highest scores of mental distress. It is important to note that follow-up tests are required for individual group differences (like Mann-Whitney U Tests), similar to posthoc tests in ANOVA.

Please click on the slides below to see an example of interpretation for the Kruskal-Wallis H test.