The main difference between a simple interaction, like in ANOVA models or in moderation models, is that mediation implies that there is a causal sequence. In this case, we know that stress causes ill effects on health, so that would be the causal factor.

Some predictor variables interact in a sequence, rather than impacting the outcome variable singly or as a group (like regression).

Moderation and mediation is a form of regression that allows researchers to analyse how a third variable effects the relationship of the predictor and outcome variable.

Moderation analyses imply an interaction on the different levels of M

Consider the below model:

Would the muscle percentage be the same for young, middle-aged, and older participants after training? We know that it is harder to build muscle as we age, so would training have a lower effect on muscle growth in older people?

Does cyberbullying moderate the relationship between perceived stress and mental distress?

Please have a look at the following link for the Moderation Menu and Output: 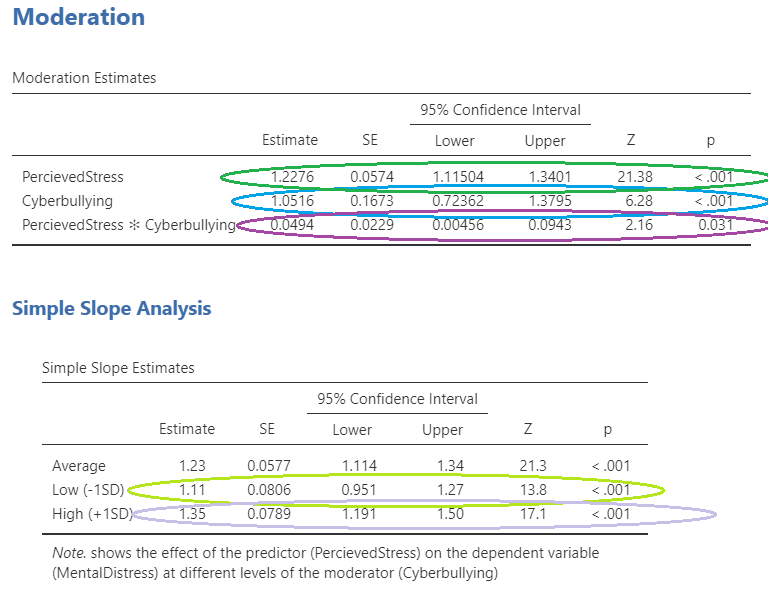 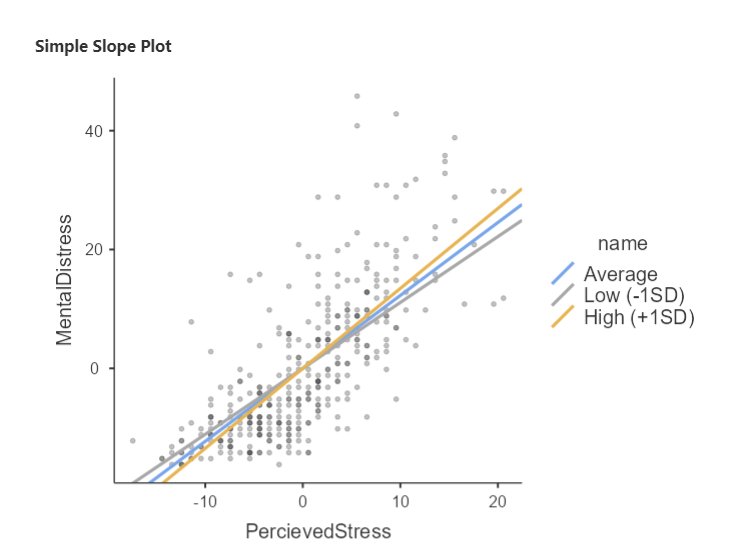 The following text represents a moderation write up: