There are four assumptions to check before performing a Pearson correlation test.

Have a look at the following slides while you are reviewing this chapter: 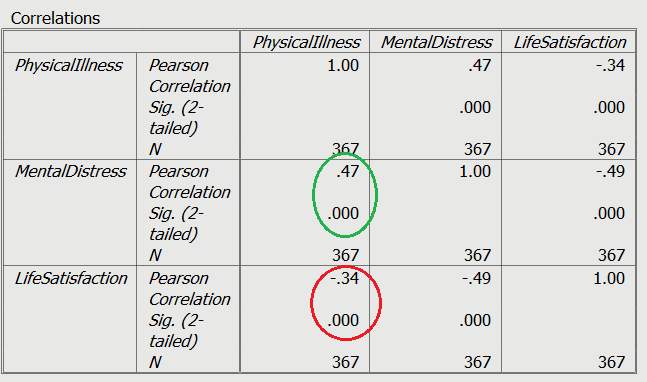 Although we have two significant relationships or associations between these variables, it does not mean that one variable causes the other. Researchers need to remember that there may be third variable (or covariates) present that affects both variables accounted for in a correlation coefficient. Therefore, the existence of a significant correlation coefficient for a pair of variables by itself does not imply causation between the two variables.

A write-up for a Correlation Analyses should look like this: