By embedding its values and goals into concrete technologies, capital seeks to assert dominion over the future – constraining what type of social change is viable. This makes techno-politics a natural battleground for staging struggles over what utopias are imagined and whose utopia is materialised (Sadowski, 2021).

This book presents a critical analysis of the IT revolution in the early 21st Century. In so doing, it seeks to account for the way that innovations initially regarded by early pioneers as liberating and helpful have become absorbed into an oppressive global system. A system that appears more dangerous and invasive with each passing year. It’s not a particularly easy call since this is a huge subject. Moreover, many of the services that the system provides appear, on the surface, to meet authentic human needs. We tend to forget that in order to make each and every device appear desirable, every item of consumer hardware (smart phones, tablets, screens and related devices) has been subjected to purposeful design and testing. The whole effort is backed by pervasive high-end marketing that has, over several decades, sought to construct entire populations as passive consumers. Not, it should be noted, as autonomous beings, meaning-makers, who deserve be seen and respected as such.

It follows that, in order to understand what is at stake, we need to confront the rationales and practices that create such radically diminished and reductive views of human life. The point here is not that the products of this revolution are not useful. Clearly, they are and may well continue to be. But the current ‘terms of engagement’ are unacceptable both in principle and in practice. What is clearly at stake are the growing costs, dependencies and long-term hazards that have crept up on entire populations almost unawares. These are, however, no ‘ordinary’ hazards since, even in the present, relatively early stages, the tendency toward unliveable dystopian futures is becoming unavoidable. Thus, to confront and ‘delete’ dystopia is not merely a question of prudence. It constitutes a vital series of time-critical investments in the futures of our grandchildren and of future generations.

There’s something distinctly odd, or ambiguous, about this story. The systems and devices that we’ve become so dependent upon only reveal very limited aspects of themselves to human senses in the context of our everyday lives. It can be a shock to realise that a vast slice of reality, known only to a few, controlled by fewer still, holds us in an invisible grasp, directs our actions and, in the process, by-passes our conscious senses and undermines our critical judgement. To deal with this ‘other world’ of hidden codes, distant servers, cloud repositories, hidden power structures, obscure algorithms and the like, we need to become conscious of them and how they operate. That is a primary purpose of this book. In this connection, some readers may recall the Matrix film trilogy. It drew on similar concerns by depicting stark, and at times shocking, contrasts between the awesome power of these hidden entities and the diminished status of humanity. In effect it provided a kind of fictional ‘master class’ that showed why these hidden structures and processes needed to be revealed. Without that knowledge, that clarity of understanding, we remain beholden to forces we can neither see nor hope to understand. With it we take the first steps toward reclaiming our dignity, re-asserting human needs and replacing redundant values with consciously adopted ones that make greater sense in our fragmented and imperilled world. 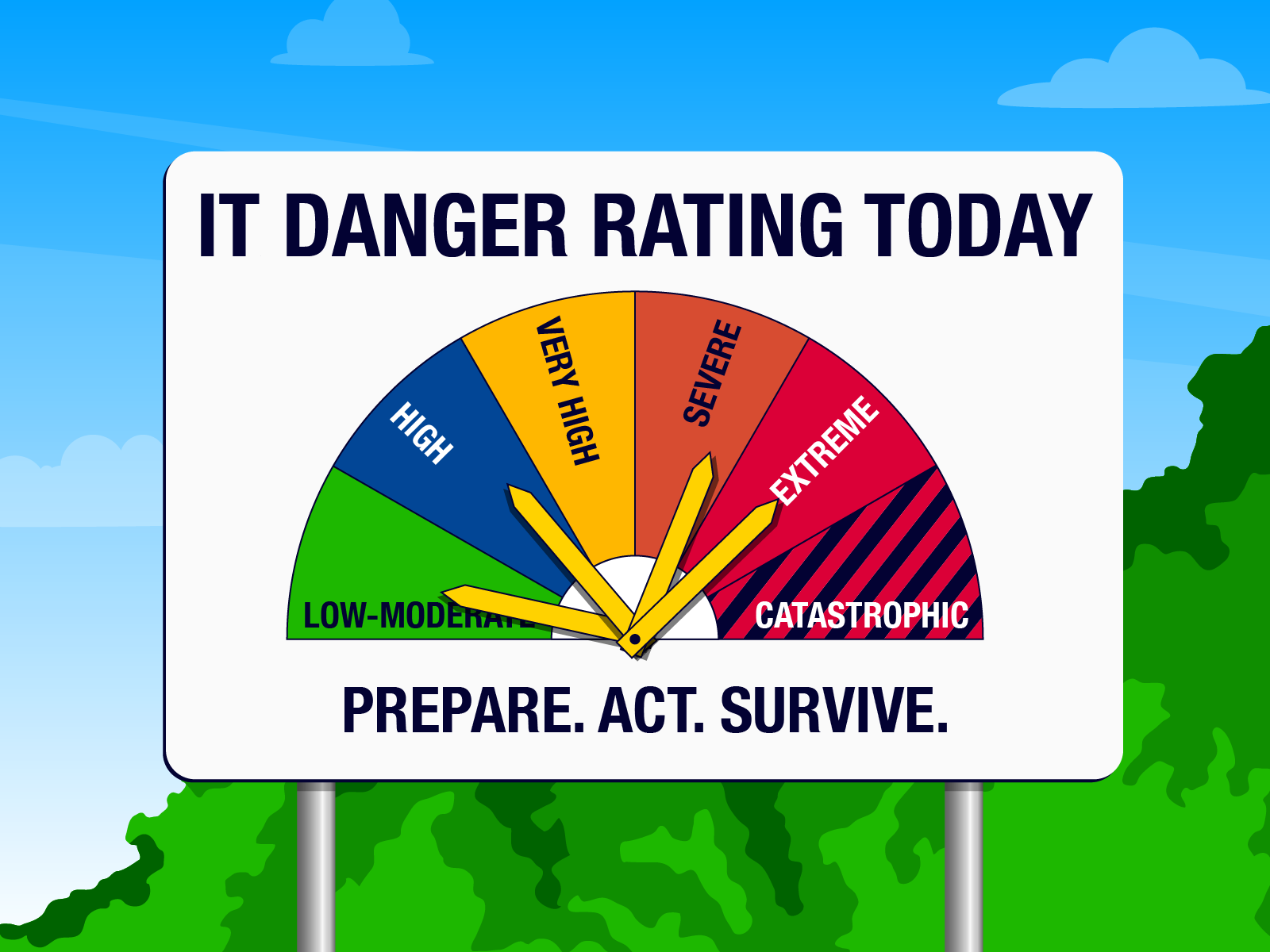 A secondary purpose of the book is to foreground the work of others who have also considered these issues in some depth. Chapter one ‘Starting points and emerging issues‘ picks up the story from the viewpoint of various qualified observers during the early 2010s. It is a useful place to begin since this is when serious concerns about ‘where the IT revolution was going’ began to arise and underlying issues were beginning to emerge. Many ideas were generated that served to prime and inform subsequent debates. Chapter two ‘Case studies and implications‘ considers three distinct issues that have attracted significant critical attention: the ‘Internet of Things;’ the prospect of ‘driverless’ cars; and growing concerns about what exactly was going on inside the slick but isolated world of Silicon Valley. It’s in the latter connection that we first encounter Shoshana Zuboff who has probably done more than anyone else to reveal what surveillance capitalism is and how it operates. Her early critique of what she called ‘the big other’ pre-dates her impressive book on this subject by several years. Yet even at that stage, it helped to register a new stream of informed insight and enhanced clarity that fed into her master work (considered in Part four). Since language is part of her gift, and one of the keys to in depth understanding, a glossary of key terms is included in the Appendices.

In chapter three the focus shifts toward several broadly defined areas that serve to frame possible solutions. Since the notion of ‘compulsive innovation’ is relevant to the whole project the first section takes a critical look at some of the existing and possible future expressions of this impulse. The following sections consider the grounds of various possible solutions under a variety of headings and conclude with a brief review of values and moral development. Far from being obscure esoteric matters, these topics reflect a further theme of the book. Namely that while science and technology are often assumed to be neutral, this is merely a convenient – and problematic – fiction. Both science and technology reflect aspects of the society (values, institutions, regulatory regimes, culture etc.) in which they occur. It follows that current usages of digital technologies tend to be misleading and diversionary. The term ‘technology’ cannot merely be applied to a limited set of physical objects but need to include the networks and wider human / social / cultural / environmental contexts in which they are embedded. For these and many other reasons, new technologies cannot but exhibit a range of unforeseen and unintended side effects. As such they need to be considered ambiguous from the outset and subjected to intense broad-spectrum evaluation. While the ‘tunnel vision’ of powerful actors allow them to ignore such inconvenient facts, the wider consequences of ‘rushing’ such innovations to market can be, and are, severe.

Towards the end, the book draws on the foregoing to propose a way of understanding our real-world situation. The aim is to clarify some of the ways in which the current system exerts its power and influence over whole societies, to their present and long-term detriment. Four ‘witnesses to the revolution’ are then introduced. These are people who, in one way or another have had relevant experience of some of the core issues. They have, so to speak, ‘done their homework,’ so their accounts are both recent and reliable. It’s all-but certain that they’ve worked independently. Taken together, they provide a coherent overview of the current state of play. They are telling us that while the age of traditional utopias may be over, the outlines of technological dystopia are already taking shape around us. The final section of the book draws a number of conclusions. It recognises useful work already being carried out and suggests broadly a two-pronged response to the present over-dominance of ‘Big Tech.’ On the one hand, a firm and steady continuation by governments of their efforts to enforce various forms of regulation (privacy, tax reform and anti-trust measures). On the other, significantly increased support for civil society, ‘sharing cities,’ community start-ups and the like. Both multi-initiatives are required to take market share away from the oligarchs by creating equivalent or improved services based not on the familiar capitalist imperatives of profit and exploitation but on defensible, clearly articulated human and community values. This is urgent work in its own right. But even more so in light of other existential threats facing humankind.

It’s time for the power and influence of the oligarchs, if not to be removed entirely from history, but at least to be significantly diminished and replaced by carefully designed and implemented democratic alternatives.