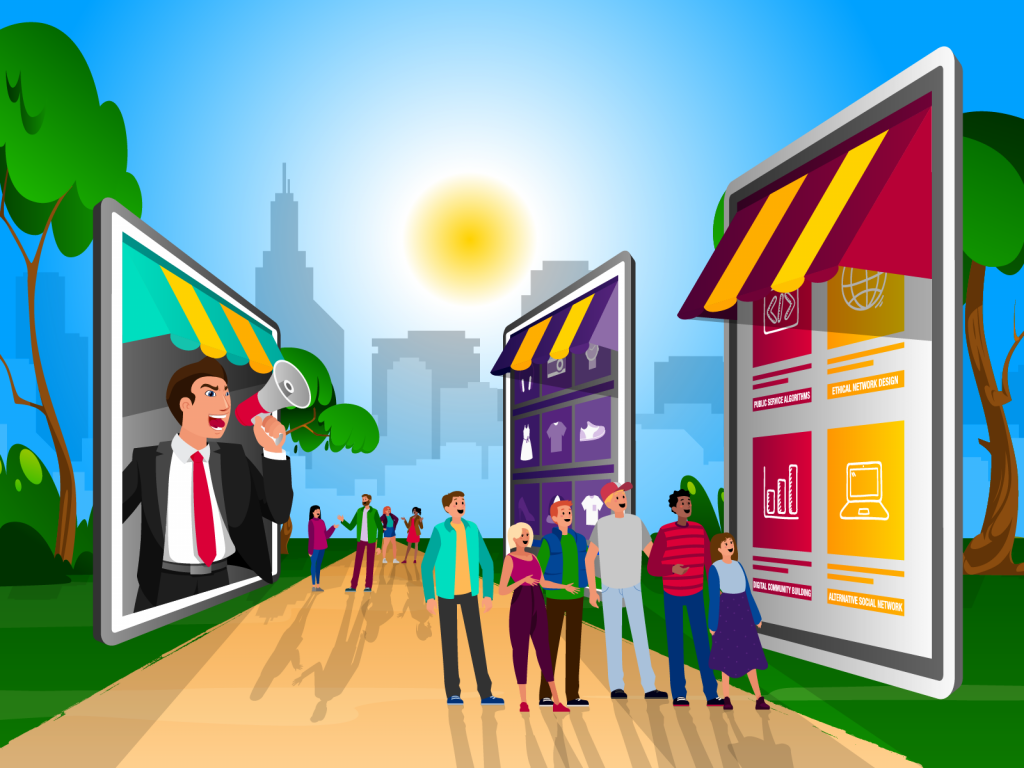 Many of the decisions and practices of the high-tech innovators and oligarchs have gained support from prevailing assumptions about the market, the consumer, a minimal role for government and so on. Yet despite its broad influence the durability of neoliberalism as a guiding ideology should not be overstated. An in-depth review of neoliberalism by Metcalf refers to a 2016 paper published by the International Monetary Fund (IMF) that explicitly connects the former with some of its most significant consequences. These include ‘pushing deregulation on economies around the world … forcing open national markets to trade and capital, and for demanding that governments shrink themselves via austerity or privatisation’ (Metcalf, 2017). While such insights may appear unremarkable in themselves they represent a startling admission by the IMF whose policies have long supported such practices. The author also suggests that the ideology should not be seen merely a ‘standard right wing wish list’ but rather ‘a way of reordering social reality, and of re-thinking our status as individuals’ (Metcalf, 2017). Viewed in this light the main premise – that ‘competition is the only legitimate organising principle for human activity’ – seems unlikely to remain viable over the longer term since it rules out and overwhelms vital human capacities. These include care, compassion, philanthropy and the like which all healthy societies need in order to function at all. The decline of neoliberal values and assumptions would also mean that previously unthinkable options would emerge, as would new strategies to reform the system. A ‘new normal’ would have its chance to become established.

In the UK a then resurgent Labour Party raised the possibility that just such a development could occur through the rise of social democracy. Rundle (2017) summarised what he considered to be some of the wider implications. In this distinctively optimistic view local, national and global societies could be run as a tripartite process of state, market and community institutions, with a “democratically enabling” state enforcing limits to the private sector, mandating social-economic spaces into which community / open / free / collective activities could expand, with democratic socialised ownership, whole or part, of key economic sectors. Such a shift would have major implications for all sectors of the economy – including IT systems and the Internet. As other essential social resources (including water, energy, finance) transitioned to shared ownership and control, Google, and other large companies could be regarded as having self-socialised (Rundle, 2017). As such there’s no good reason why they could not be subjected to the very same institutional arrangements.

Such raw suggestions have a long way to go before they can be rendered into widespread practice. Yet they make a good deal of sense in the current context. Google / Alphabet, for example, may thus far have avoided the rigours of US anti-trust regulations but this may turn out to be a temporary ‘victory’ as other governments step in to take actions based on alternative assumptions and views (see below). Rundle’s (2017) piece also demonstrates yet again why so many observers and critics of the IT revolution argue that the central issues are not primarily technical but social and political. Society as a whole needs to take part in multi-faceted conversations of this kind.

There’s no shortage of ideas and proposals regarding ‘what needs to be done’ to re-design and re-direct the Internet and, by extension, high-tech innovation in general. Helen Magretts of the Oxford Internet Institute is no exception. In order to deal with aspects of Internet aggression she suggests that:

Any successful attempt to prevent extremist, abusive and hateful behaviour online must be multifaceted, thoughtful and collaborative. It will involve ethical and legal frameworks to guide as well as mandate good behaviour; working with tech companies rather than making enemies of them; smarter policing of activities that are already illegal; and crowdsourcing safety, so that people and social enterprises play a role (Magretts, 2017).

In this respect Taplin (2017) echoes suggestions by Rushkoff (2016). Rushkoff is interested in exploring a range of social and economic inventions in the context of re-thinking what money is and is for (Rushkoff, 2016). Finally Morozov (2017), whose work has contributed substantially to this enquiry, suggests that a single data utility would be best placed to make the best use of material from divergent sources. In the light of current experience with commercial entities it would need to be non-commercial and publically owned, much as Rundle (2017) has suggested. Given that progressive governments could set up such utilities quite easily the next step would be to ensure that ‘whoever wants to build new services on top of that data would need to do so in a competitive, heavily regulated environment while paying a corresponding share of their profits for using it,’ (Morozov, 2017a). Morozov (2017a) adds that ‘such a prospect would scare big technology firms much more than the prospect of a fine’.

When the European Union (EU) handed Facebook a $120 million fine in May 2017 and Google a heavy $2.4 billion in June, both for market abuses, many wondered what the next step would be. By mid-2017 the answer came in the form of another acronym – the GDPR (or general data protection regulation). Long-time observer of the IT scene, John Naughton, emphasised that GDPR was not a directive but a regulation so it would become law in all EU countries at the same time. Some of the implications follow:

This was obviously what pundits call a ‘game changer’ as it fundamentally changed the rules for how these organisations collect, use and manage private data. Naughton (2017a) called it an ‘existential threat’ to those currently operating beyond the reach of existing data regulation laws. It certainly helped to resolve a situation in which people’s private lives everywhere are regarded as ‘fair game’ to entities whose sole interests lie in sales, profit and power. And it went a long way toward resolving some, but by no means all, of the concerns expressed so clearly by Zuboff (2015) and others. At the same time public service sectors such as education and health need to adjust their own procedures which will involve considerable costs.

The technical is political – the return of anti-trust

As the oligarchs have steadily penetrated ever more areas of human and economic life they’ve become so powerful that they abjure regulation by elected bodies and are frequently said to be way ‘ahead’ in terms of their products and services. But this is a mistake. If we accept that the technical is political it is harder to confuse technical mastery with other forms of expertise. As ever, Morozov (2017b) nails the core of this confusion by reference to underlying social interests. He poses the following question:

How could one possibly expect a bunch of rent-extracting enterprises with business models that are reminiscent of feudalism to resuscitate global capitalism and to establish a new New Deal that would constrain the greed of capitalists, many of whom also happen to be the investors behind these firms? (Morozov, 2017b.)

During mid-to-late 2017 it was clear that, while the Internet giants were not about to collapse, social and political forces on both sides of the Atlantic were beginning to line up in broadly the same direction. Signs were emerging that might be called their ‘golden age’ could be coming to a close. In September, for example, the Guardian editorialised that ‘Amazon’s dominance of the eBook market may not have raised prices, but it left the sector anaemic and competition floundering’. Another commentator was quoted as saying of the oligarchs that he did not think ‘any credible economist who isn’t an Ayn Rand lunatic would accept that these are not monopolies’. More people than ever are becoming aware of the fact that something is very wrong with this picture.

During the same month Ben Smith, a well-regarded Buzzfeed writer, was among the first of many to confirm what he called a ‘palpable, perhaps permanent, turn against the tech industry,’ (Smith, 2017). He added that ‘the new corporate leviathans that used to be seen as bright new avatars of American innovation are increasingly portrayed as sinister new centres of unaccountable power,’ (Smith, 2017). In his view this constituted ‘a transformation likely to have major consequences for the industry and for American politics’ (Smith, 2017). He also reported on how politicians of widely differing views were urging ‘big tech’ to be considered less as private companies than as ‘public utilities,’ (Smith, 2017). After years of denying the value or relevance of treating the high-tech giants in the same way that Bell Telephone and Microsoft had been treated in earlier years (i.e. broken up into small units) anti-trust legislation was finally back on the agenda. Similarly Washington senators Elizabeth Warren and Claire McCaskill both became involved in making anti-trust regulations part of the Democratic agenda over the next four years. Overall, the gap between ideas and effective action was perceptibly closing.